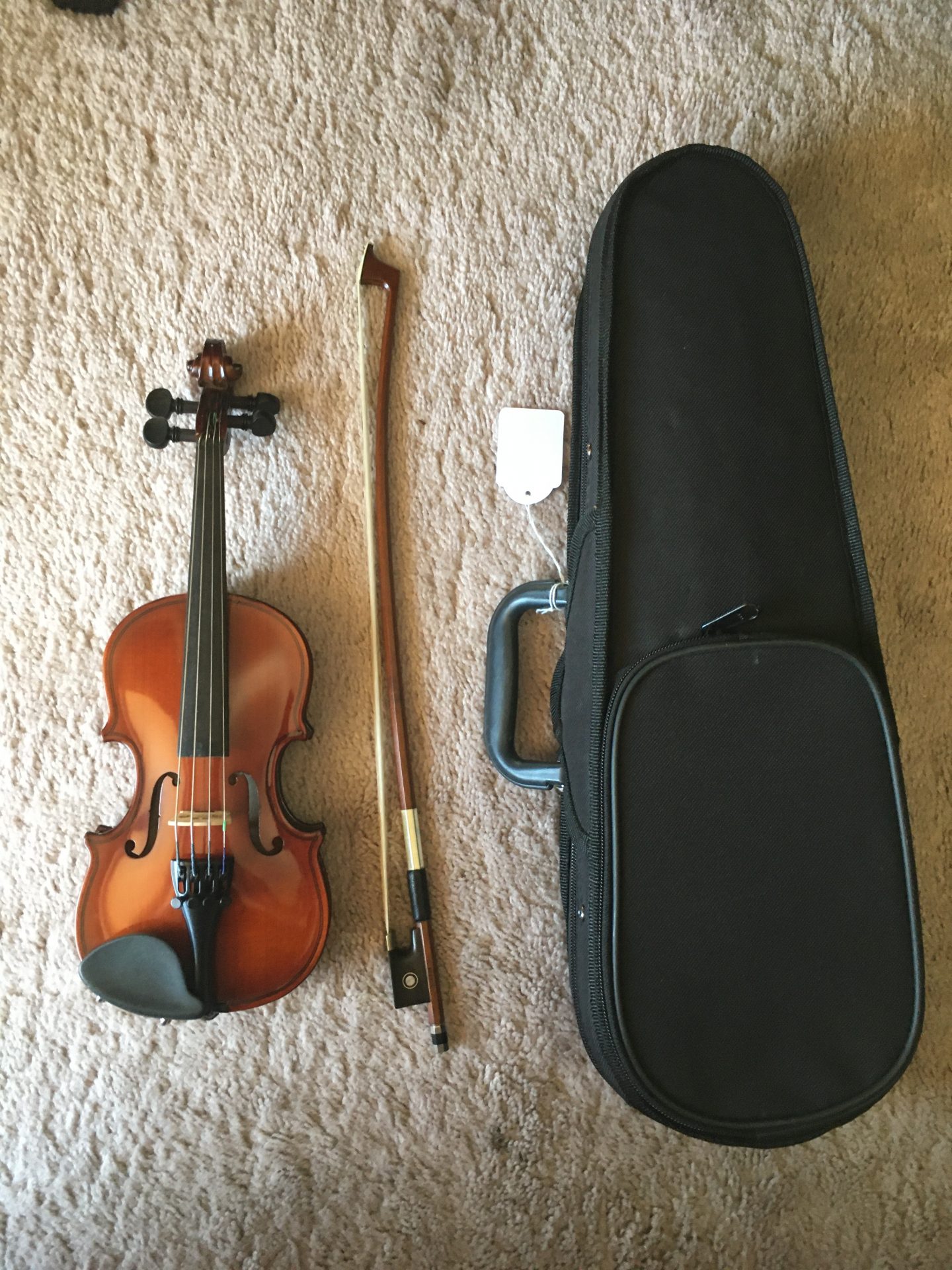 This new instrument has been set up by Yuri Djachenko and David Patterson with Pirastro Piranito strings using an aged Aubert #7 Deluxe bridge blank.  Despite the challenges of working on such a tiny instrument, every detail has been attended to with meticulous care.  The pegs have been fitted properly to match the taper on the pegs and the holes in the pegbox, and the string holes in the pegs have been redrilled where needed to plan for some wear before the string hole butts up against the inside of the peg box.  The string grooves have been refiled at the nut, and with careful cutting of the bridge, the string height above the fingerboard is optimised for little left hand fingers.  The curvature of the bridge has been cut so as to ensure the young beginner will find no difficulty bowing the A or D strings (many little violins have too flat a bridge making it impossible even for the teacher to not play two or three strings at once).  The factory strings have been discarded and Pirastro Piranito fitted.  The tailpiece fine tuners have been lubricated, and the tailgut adjusted to the ideal length and trimmed to avoid unwanted mysterious buzzes.  Finally, the factory soundpost was removed and discarded, and a new one custom made and fitted.  This tiny violin sounds remarkably resonant, and the tactile qualities have been optimised to best serve a new beginner.  Many small violins have been set up and sold by us to beginners who have developed sufficiently to make music their chosen career.