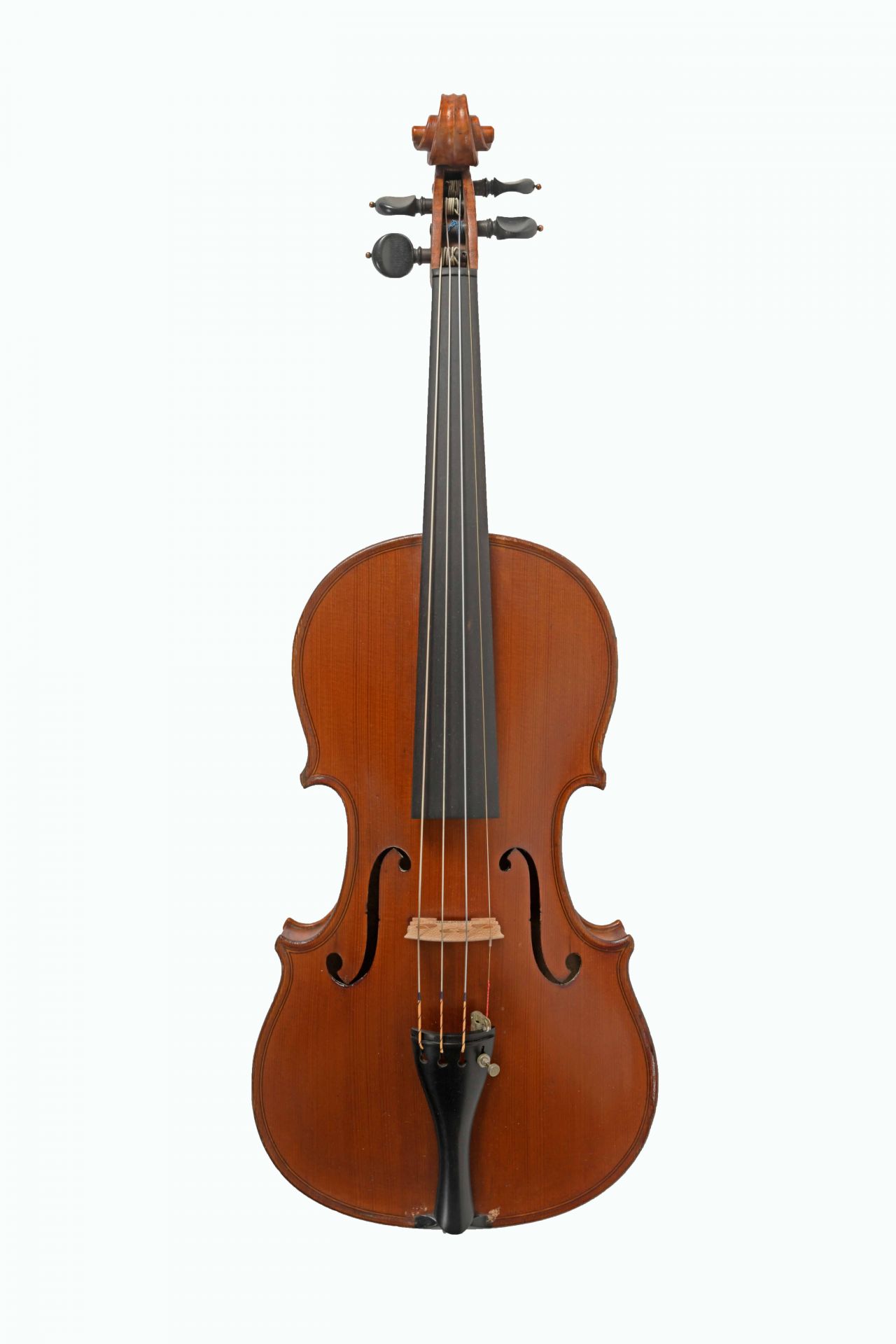 Edwin Whitmarsh trained with his father, Emmanuel, a prolific maker in London from around 1856 until 1908.  Little is known about Edwin, who worked in London from around 1900 until World War Two.  Neither William Henley nor John Dilworth (in the Brompton’s Book of Violin and Bow Makers) has a particularly high opinion of Edwin’s work.  However, multiple dealer colleagues in the UK advised me that in their experience, the rarer instruments by Edwin are in a much more impressive league than his father.  Their research has led them to find that many of Edwin’s instruments were exported to the Colonies.  We have also since seen a hand-written letter from Edwin Whitmarsh, and the handwriting and signature clearly indicate that this violin is by Edwin.  By incredible co-incidence, we have been asked to sell this violin on behalf of a retired colleague, when we already have an identical one for sale from the same year!  This violin had an open wing crack on each side, plus another saddle crack on the table, as well as damage to the edging on the table.  These were expertly repaired by Helge Grawert, and he also did extensive work restoring the varnish which had been covered in a liberal layer of rosin dust and dirt and general filth accumulated after many years.  Although structurally sound and asethetically pleasing, this Edwin Whitmarsh violin shows more wear and tear than the other that we have for sale, however in a blind sound test this one is arguably slightly better.  Set up by Helge Grawert with Larsen Virtuoso strings.

Please also refer to our other 1922 Edwin Whitmarsh violin which by extraordinary coincidence we are also offering for sale.