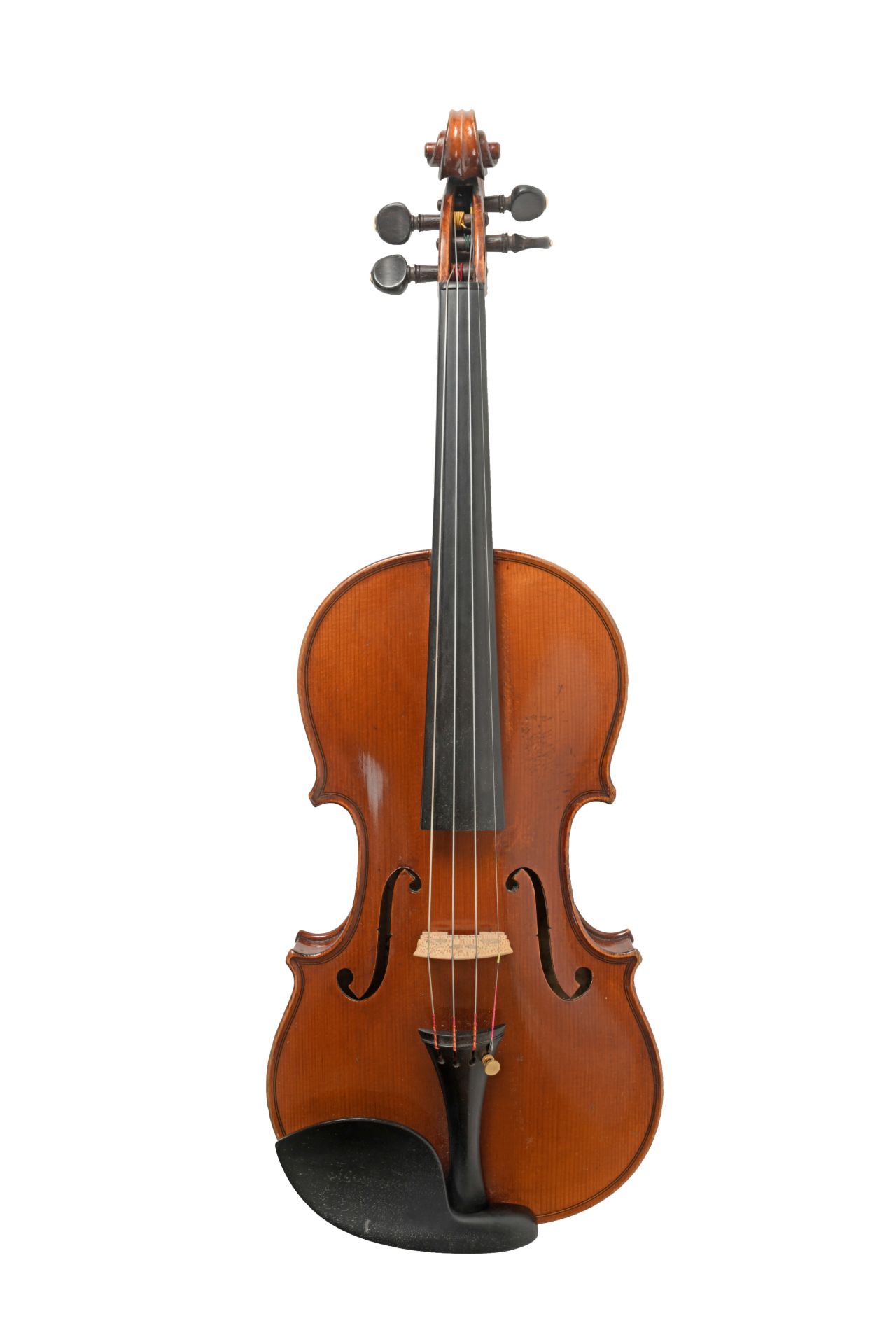 Originally from Mirecourt in France, the Langonet family became the in-house violin makers at W. E. Hill & Sons for nearly 50 years.  Eugene was born in Mirecourt in 1875 and learned his craft within the family, Chipot-Vuillaume, Paul Mangenot, and at Hills in London.  He later returned to France and worked with Silvestre, before establishing his own workshop first in Paris and then in Nantes, where this violin was made in 1927.  It is in very good original condition and has its original pegs and tailpiece.  Set up by Helge Grawert who also did some minor varnish tidying up, with Zyex strings.  This is a very powerful sounding violin, and very similar to violins made at W. E. Hill & Sons between the wars.