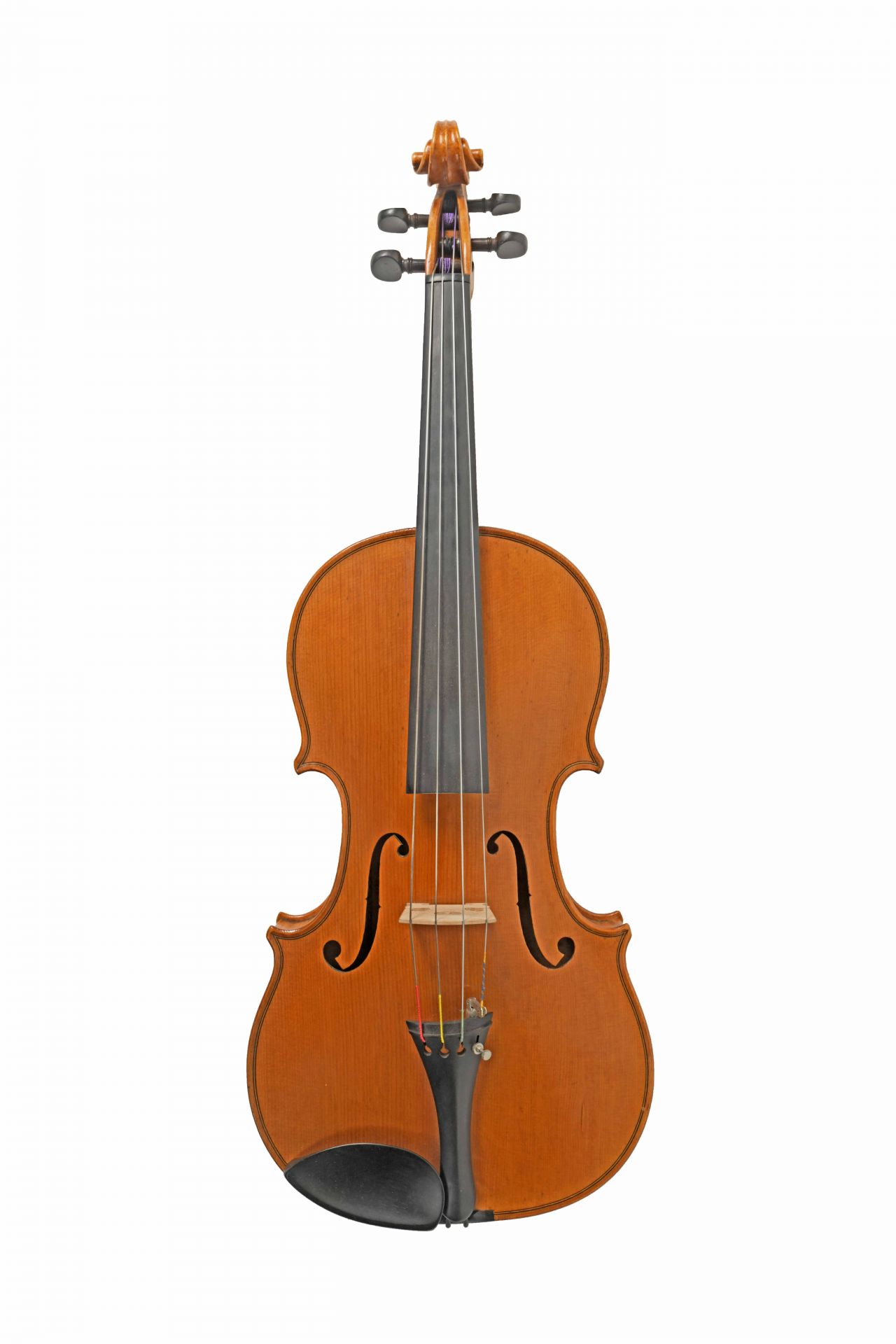 George Pyne (1852 – 1921) was a violinist and a self-taught maker who worked for Withers for around two decades.  An East Londoner all his life, he then worked from home in Forest Gate.  A down-to-earth character who charged modestly for his work, he was an advocate of new instruments from living makers rather than old antique instruments of questionable provenance, just like Wilfred Saunders three quarters of a century later.  This instrument is in such extraordinary pristine condition that it looks a decade rather than a century old!  It has been in our custodianship for over a decade while the owner temporarily relocated to South America.  It had been in their family since new.  It will come with a W. E. Hill & Sons bridge, however the instrument is not set up with this as it will warp under tension.  It also has the original pegs, tailpiece and tailgut!  (The gut tailgut has been monitored regularly to ensure against catastrophic failure).  The viola also has an original W. E. Hill & Sons chinrest.  Set up by Yuri Djachenko & David Patterson with a steel A string and Dominant DGC.