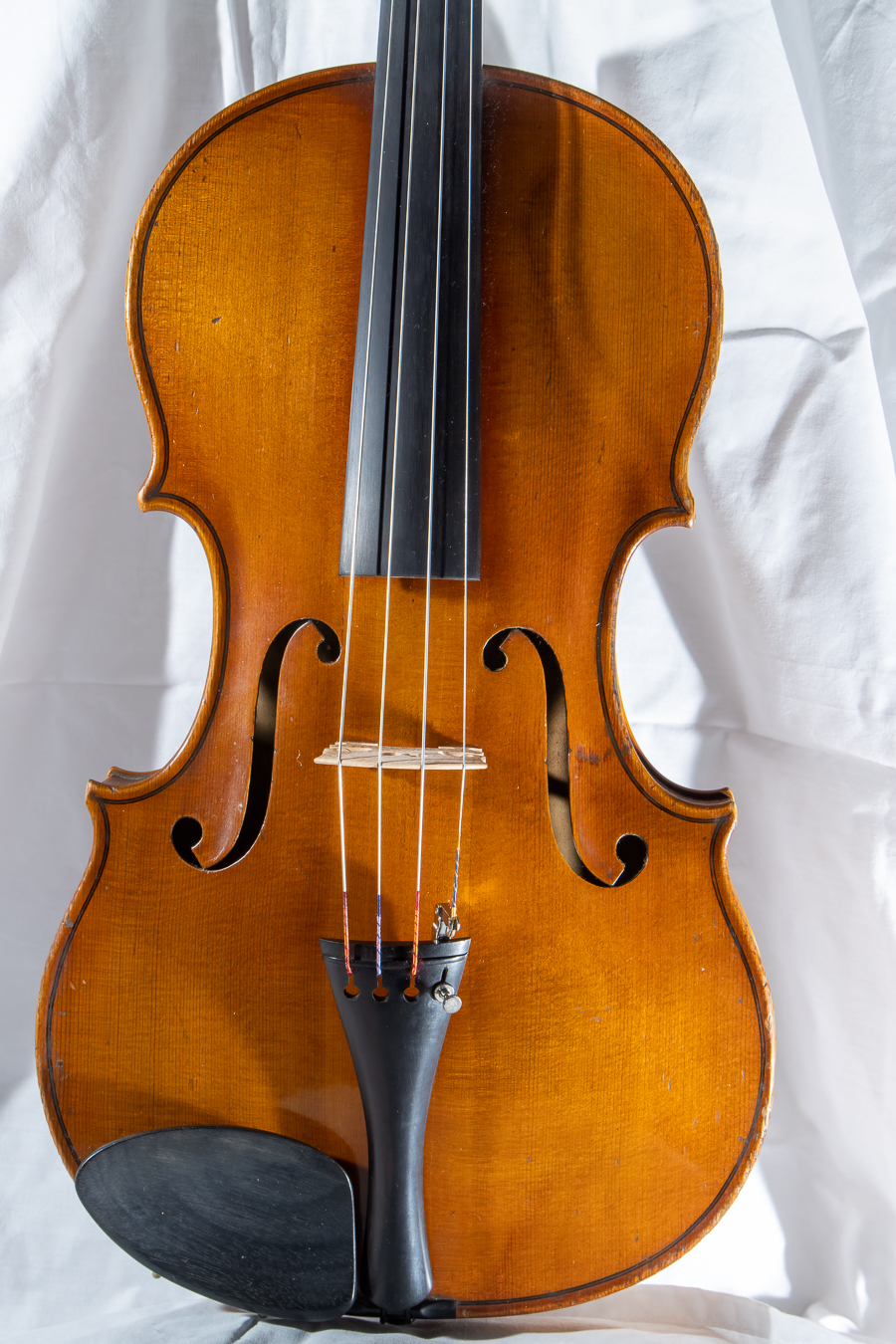 Lloyd Adams (1910 – 1970) may be considered as the second most important Australian maker after A. E. Smith.  This viola is believed to be the last instrument Adams completed before emigrating to the USA in 1957, where he developed a substantial career in Boston, before returning to Australia in 1969.  Violas by Lloyd Adams are rare.  John Curro’s first viola was also made by Lloyd Adams, so John was fascinated by this instrument when I showed it to him, so I left it with him for a few weeks in 2019 to enjoy.  This instrument was bought new from Adams by its previous owner, a professional violist, and we are selling it on behalf of her family.  In good original condition, it has been just tidied up and set up by Helge Grawert, and has a set of new D’Addario Zyex long scale strings (photographs pending).