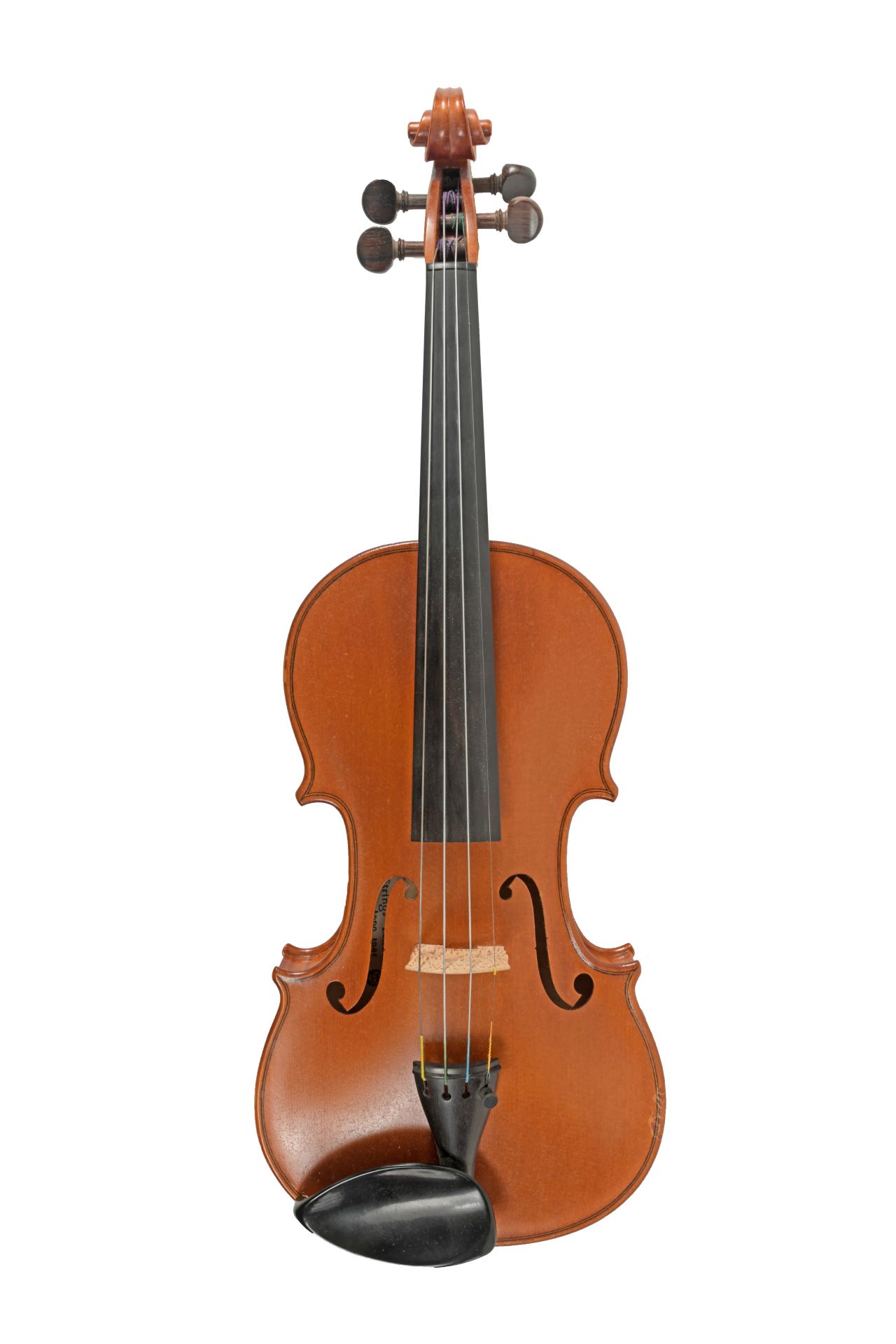 Michael Taylor (b.1949) is the foremost English bowmaker of our time, and founded the bowmaking department at the former Ealing Strings where he worked for over twenty years.  In 1995, following the death of Ealing Strings’ founder Malcolm Sadler, Michael left to work in his own workshop, first in Hedgerley, Buckinghamshire, before relocating to Spain.  While at Ealing Strings, Michael also made five violins, this one being a copy of the Park Stradivari.  We were fortunate to acquire it in 2016 on the demise of Ealing Strings, and it has been used by us professionally since then.  In almost new condition, the instrument has been recently set up by Helge Grawert, with Dominant strings.