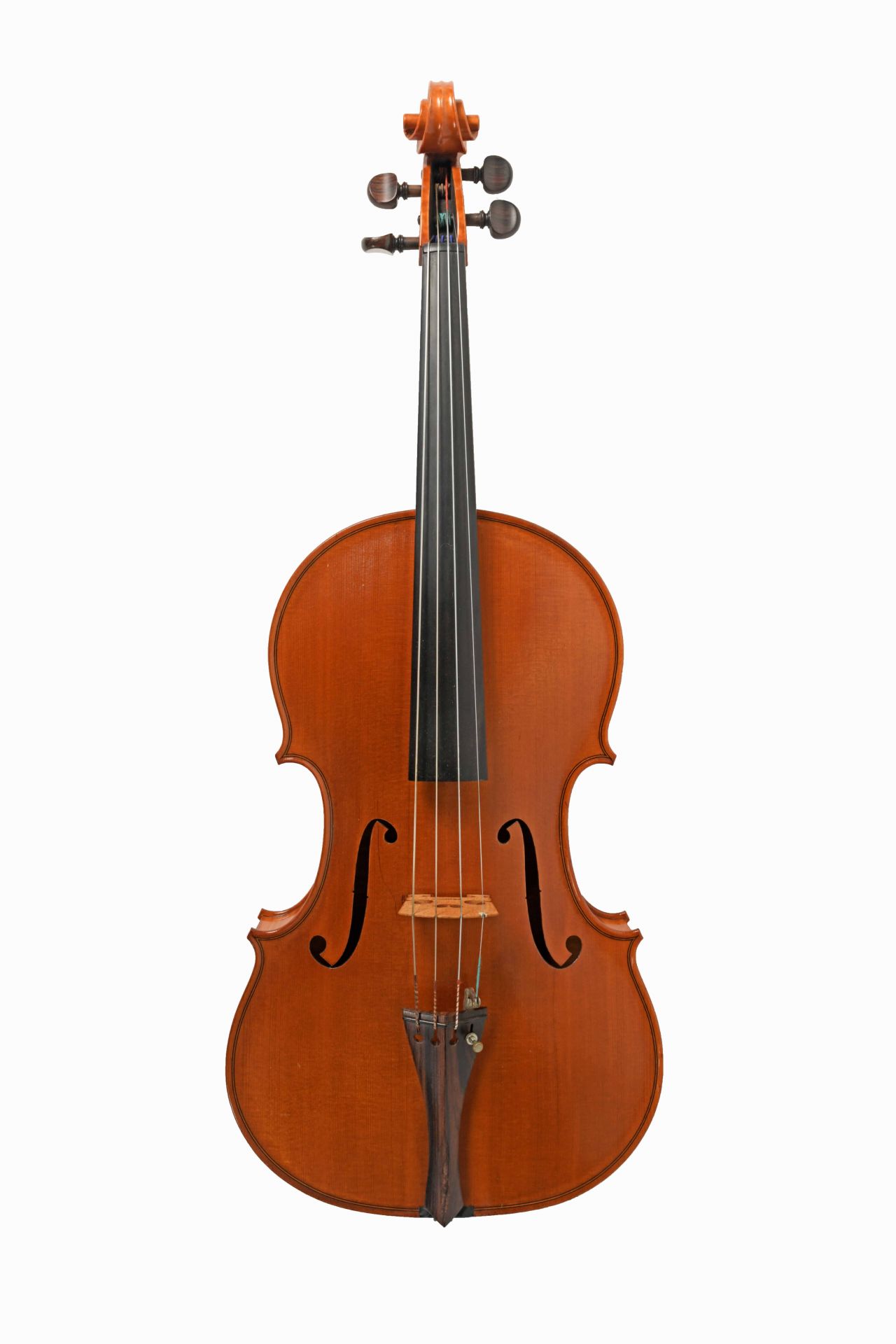 Wilfred Saunders (1927 – 2004) made his 8th viola for Lionel Tertis, and was the founding teacher at the Newark School of Violinmaking.  We can attest that he was an incredibly consistent maker over his 55 productive years, having seen, handled and played his first and last completed instruments.  Wilfred was held in very high regard in the trade in the UK and also by professional string players, especially violists.  We can recall playing in a freelance chamber orchestra in Edinburgh where three of the four violas were made by Wilfred.  Many top London pros had a Wilfred Saunders viola, if not as their main instrument, as their backup viola for touring.  Peter Schidlof, violist in the Amadeus Quartet often used his Saunders in lieu of the MacDonald Strad or his Bergonzi.  There are nine known Wilfred Saunders violas in Australia, and eight in Israel.  This is Wilfred’s 102nd viola from 1982, named “Alasdair” and was commissioned by a professional Australian violist.  After selling it to another colleague in 1993, the original owner missed it so much that he bought another secondhand Wilfred Saunders viola in 2017.  The second owner of Alasdair subsequently bought an additional viola (16 1/4 inches) from Wilfred in 2001, and has eventually decided to retain the smaller one, hence Alasdair is being offered for sale.